Ireland is not unique in Europe or the world in having to deal with the economic shock of a global pandemic-precipitated crisis. However, the country has been confronted with, as is widely reported, the possible economic double whammy of dealing with the fallout of COVID-19 and a potential Brexit without a trade deal. Worryingly, with nearly two months to go before the extension deadline passes, EU Trade Commissioner Phil Hogan has given a downbeat assessment of the situation.

2019/20 saw a sea change in trading infrastructure in Ireland with the introduction of a rail/sea freight service from Waterford to Rotterdam and a freight/passenger/car service to Bilbao and Santander. The Waterford-Rotterdam link is significant because for the first time Ireland has a direct rail to rail connection with mainland Europe, the most railway-connected corner of the planet.

New connectivity to the mainland European rail network will in time be especially beneficial to the developing western transport corridoor. Image: stiúideorua.ie

These new trade links to continental Europe have been a long time in planning and it is fair to speculate that Brexit has perhaps expedited the process. Of course, the continent has been connected directly by roll-on roll-off for a long time via Cherbourg and Roscoff. To access core northern European markets has been to date more effective over the UK land bridge. To this end, the Rotterdam route, again, is achieving two strategic goals: Irish rail network connectivity to the European rail network and a direct route to a significant core market. The Biscay coast provides for the first time a direct roll-on roll-off service from Cork to southwestern Europe.

Even if—as many hope is the case—EU-UK trade continues without new barriers, the additional direct trading routes will make the West of Ireland more connected and reduce over-reliance and pressure on Dublin as a potential trade bottleneck. 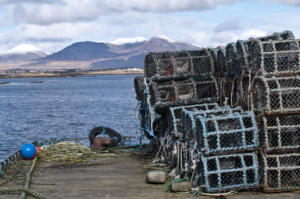 The fishing industry has been among the harder hit in the most recent crisis, with mixed fortunes. The COVID-19 Emergency Payment Scheme where furloughed workers as well as those who’ve lost their jobs are entitled to an emergency payment. Some fishermen are protected by this scheme and some not. This is especially unfortunate of course for an industry that often struggles with precarious market conditions. The Irish Farmers Association attested to the immediate need for aquaculture supports as well. IFA Aquaculture Chairman Michael Mulloy said amendments to rules for the European Maritime and Fisheries Fund (EMFF) have been introduced which allows for support measures to be implemented for aquaculture producers. 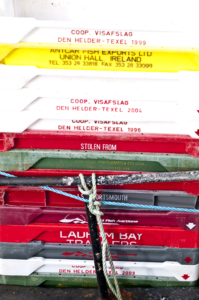 “Irish aquaculture producers are suffering cash-flow problems with 40-60% losses in turnover compared with the same period last year, as the closure of food service sector across Europe has a direct impact on the industry,” he says, according to the IFA.

Access2Sea’s stated aims are to improve the attractiveness of the Atlantic shore for aquaculture SMEs by enabling new business opportunities and providing sustainable and easier access to it. Identifying ways and means of improving the business operating environment for sustainable aquaculture in Ireland goes hand in hand with the sustainable development of inshore fishing and tourism, since these sectors spatially and regulatorily overlap. Nowhere is the interdependency of these industries more visible than in Ireland, its Gaeltacht region even more so. The Irish partners are of course Údarás na Gaeltachta and WestBIC. It is hoped that the resulting roadmap for change will be of benefit to the entire coastline from Ireland’s northernmost Ceann Mhálainne to Cádiz in the South of Spain.

Incidentally, Ireland had a direct maritime trade boom with France, Portugal and Spain up until the end of the 18th Century. This door was firmly shut when Ireland was brought into the UK sphere of influence from the 19th Century on at the expense of continental trade. Access2Sea, an Interreg Atlantic Area project has partners situated in Ireland, the aforementioned Gaul-Iberian coutries, as well as the UK. Keeping all routes and trade open this time round has been Ireland’s priority from the start of recent crises, something that’s not expected to change. This will be put to the test as we navigate inclement economic conditions.

Effectively managing the Blue Economy will necessarily be at the fore in weathering these storms.

In times of COVID, healthy eating and living become even more relevant. Seafood is, of course, considered to be an important part of a healthy diet.The fish is the dish campaign, run by SEAFISH in the UK puts it plainly in the paragraph below:

“Warmer, sunnier days help boost our vitamin D levels. But if the current climate means you need to self-isolate and cannot go outside, Sea fish’s nutritional consultant Juliette Kellow comes to the rescue with her guide to how fish can boost your vitamin D levels.” 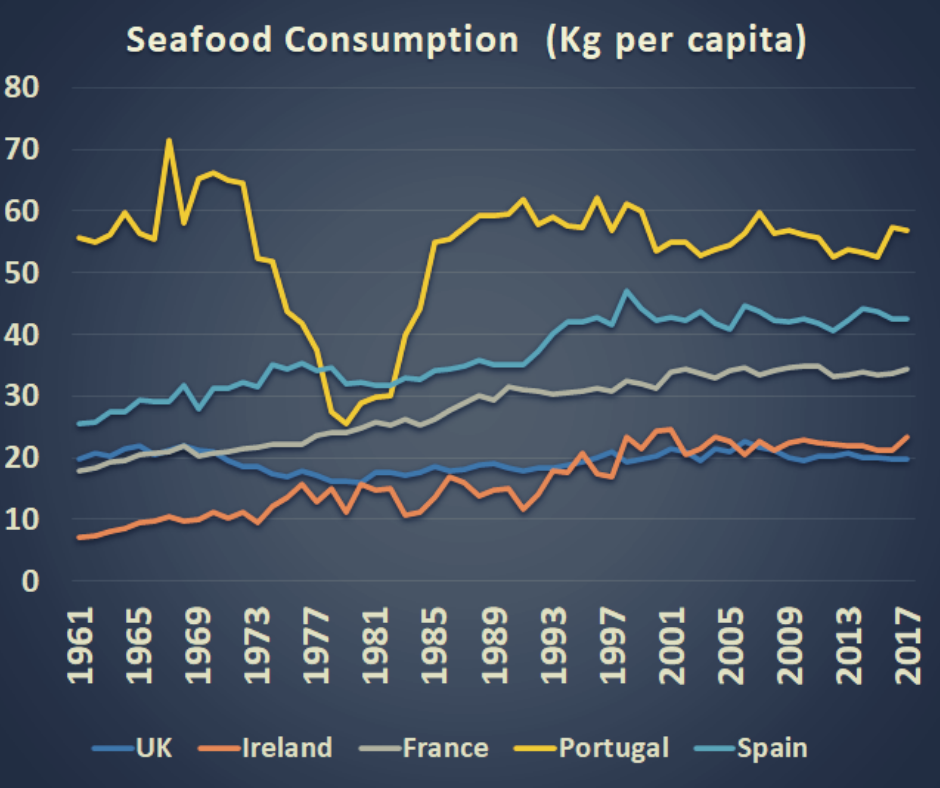 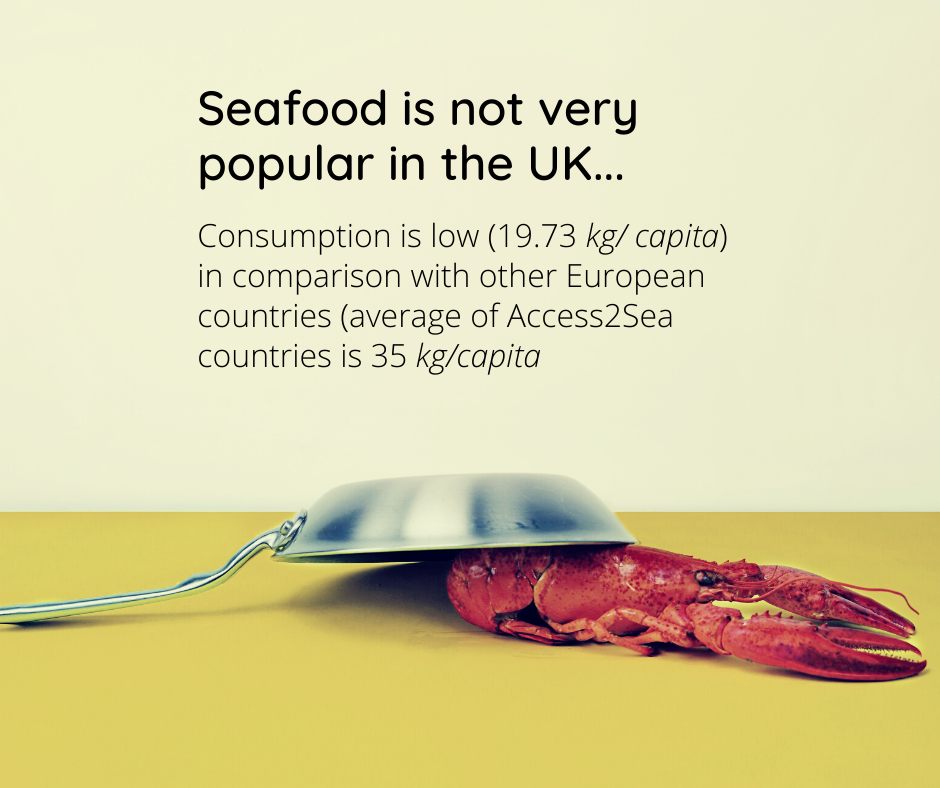 Fish is served at UK schools only once a week, often as a menu option and only one kind of seafood offered. Cost and lack of knowledge on how to cook seafood seems to be the main obstacles to increasing consumption.

Raising consumers’ awareness on the health benefits of seafood, is a public priority.  Selfish, a Non-Departmental Public Body (NDPB) HAS £10 billion budget to support UK seafood industry.  Fish is the Dish is Seafish’s consumer brand, educating consumers in a fun and supportive way about how easy it is to cook fish, its health benefits and where to buy. 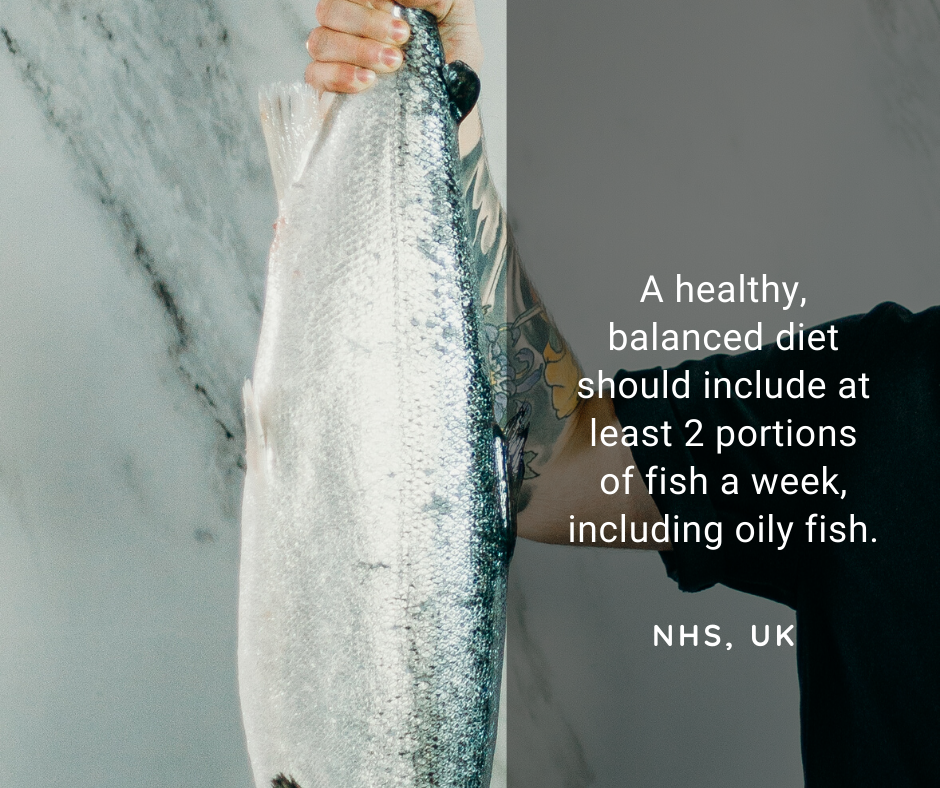 One of the main ways to sustainably increace UK seafood production is to increace local domestic consumption.

The team at the Centre for Sustainable Aquatic Research are participants in the Welsh Government Aquaculture expert panel.

The latest webinar meeting was this Thursday the 14th of May. The meeting focused on Welsh Marine Spatial planning, which is crucial if we want to expand the aquaculture sector in the UK. CSAR is planning the best way to engage with stakeholders and hear their concerns. The sector needs to build resilience to face challenges ahead.

There is an aquaculture company at Madeira Island, Portugal that, with the support of Mar 2020, invested 1.2 million euros in the modernization and expansion of its production unit at Ribeira Brava. To know all about this project, visit the project vídeo at: https://www.youtube.com/watch?v=OVYkSm39NFk&feature=youtu.be

The results of the study were published under the title “Nutritional value of different insect larvae meals as protein sources for European sea bass (Dicentrarchus labrax) juveniles”, in the recent issue of Aquaculture Research. To access the paper please follow the link: https://www.sciencedirect.com/science/article/pii/S0044848619334532 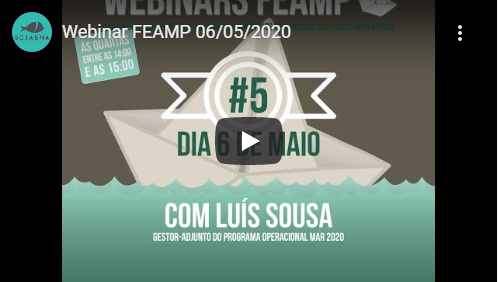 In the week in which Europe Day is celebrated, the Sea Management Authority 2020 participated in a webinar on the future of FEAMP 2021-27 in Portugal organized by the Platform of Portuguese Non-Governmental Organizations on Fisheries – PONG-Pesca.

This cycle of online conferences comes at a time when the European institutions are discussing what the future framework of the European Maritime Affairs and Fisheries Fund will be for the period 2021-2027. In order to give voice and space to public participation and discussion, every week on Wednesdays, since March 25, between 2 pm and 3 pm, with free participation, there was the intervention of a guest speaker followed by a question and answer space, where the entire audience is invited to participate.

Watch the 5th. and last edition of this cycle of webinars, which took place on May 6: https://pongpesca.wordpress.com/2020/05/07/webinars-sobre-feamp-5-com-luis-sousa/ 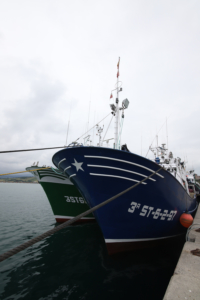 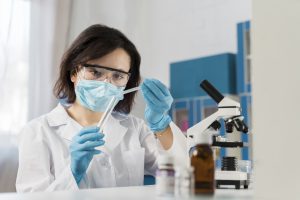