Blog - Latest News
You are here: Home / News / Sardines in aquaculture? Yes, in the Algarve.

The shortness of sardines may have their days numbered, since their production in aquaculture is ready to be sold on a large scale, with only the need for industrialists willing to bet on the business. The project started at the Pilot Fish Farming Station (EPPO), of the Portuguese Institute of the Sea and Atmosphere (IPMA), in Olhão, and joined other species that already existed in this space, from sea bass to sea bream, passing through the croaker and sole.

But if at first, the idea was to study the stress of sardines – after being caught, the researchers tried to understand their behavior after being released at sea and their survival rate – gained new impetus with the challenge of the previous Minister of the Sea, in 2016, which aimed to combat the scarcity of sardines. “We started working on sardines in 2005/2006. If a trawler had reached the quota, the sardine was thrown back into the sea, but there was a fear that the animal would not survive. At that time, we caught sardines to try to understand how they looked at the food and how they behaved after being released. But there was still no pressure on quotas. We had the sardines here for a few years, put on aquaculture, put eggs, but we didn’t go down that path ”, tells Pedro Pousão, responsible for EPPO.

The project started to take on new dimensions with the challenge of restocking by Ana Paula Vitorino, the former Minister of the Sea. An idea that was quickly dismissed, since for that it would be necessary to have thousands of this species. “For many years we did experimental restocking with sea bream, sea bream, sea bass, halibut, corvina, they are slightly different species, but always from an experimental point of view to try to understand if the species died, if it held on, if it fled. It wasn’t meant to fill the sea with fish because there would have to be millions of fish to have any meaning ”, says the official. From there, the next step would be production for consumption. And it is at this level that is the aquaculture of sardines.

Pedro Pousão guarantees that the species adapts perfectly to captivity. And for the most suspicious, the person in charge of EPPO says only that the only care that needs to be taken regards the way they are transported, but this applies to all species. “Sardines adapt perfectly to captivity, it is evident that they lose a little bit of scale and have to be handled more carefully. But handling sea bream and sea bass is totally different. If I transport the sea bream and sea bass to the cages in the same way, my mortality rate is 80% in the sea bass and in the sea bass it is zero. They have to be transported depending on the specificity of the species ”, he adds. 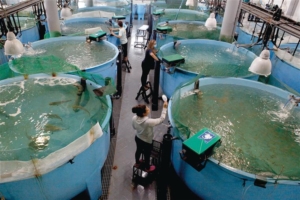 Interesting talks to come on #Atlantic and #Mediterranean good #BE practices 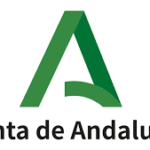